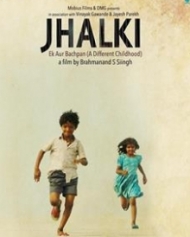 Drama
Release Date : 14 Nov 2019
Cast : Divya Dutta, Boman Irani
Director : Brahmanand S Siingh
Synopsis
Inspired by true events, with a backdrop of human-trafficking and child-labour, Jhalki becomes an atypical thriller of hope, courage, self-belief and perseverance in an inhuman world, seen through the eyes of a 9 year-old girl, who will not stop anywhere short of triumph.

With stunning visuals, breakthrough performances and a beautiful soundtrack, Jhalki is a heartfelt drama of love, adventure and intrigue, which is at once thought-provoking and poetic.