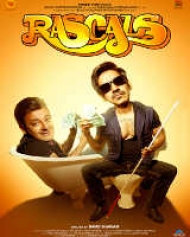 But when both fall for the same girl (Kangana), the competition reaches an all new level as both men constantly attempt to outwit each other to win over the surprisingly elusive Kangana!

Since much of the comedy involves people taking advantage of one another, having everything put forward in such a gossamer manner that ‘Rascals’ becomes an enjoyable journey throughout with an interesting twist at the end!