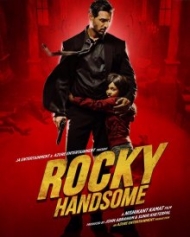 The movie is packed with stupendous action sequences with a strong emotional story of the relationship between a father who never had a daughter and a eight-year-old girl without a father.

The film’s story revolves around a man who sets out to take vengeance against drug mafia after they take away an eight-year-old girl, with whom he shares a special bond.