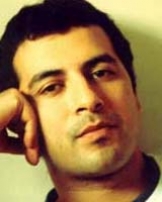 Aamir Bashir is an Indian actor.

Bashir was born and raised in Kashmir, the son of the retired Chief Justice of Jammu High Court. He is a graduate of St. Stephen's College University of Delhi.

His acting career began with a very small role on television, Bhanwar TV series, and he acted in several TV advertisements; this led to his film debut, Split Wide Open (1999) and the telefilm, Doordarshan Srinagar. He made his film debut in the 2003 film Armaan. Acclaim came his way in 2008, with the thriller, A Wednesday, where he essayed the role of a police inspector; the film also won him a Screen Awards nomination for Best Actor in a Supporting Role.