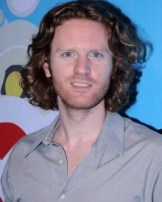 Alexx O'Nell is an American actor and musician who is based in India and has appeared in numerous films and television programs in English and Indian languages.

O'Nell began working at various jobs from an early age and continued to change his career frequently throughout his adult life including working in counselling marketing and modelling. It was a marketing firm that sent him abroad and first introduced him to India; a second firm would extend his experience in India and expand it to South Africa, the Philippines and the UK. He stated his career in Mumbai with Enlink Infotech as a voice and accent trainer in 2003 for the process of Lester.

O'Nell’s film career began with the English comedy Loins of Punjab Presents (2007) in which he played the minor but memorable role of a flabbergasted New Jersey hotel manager (Wesminton) in the mist of a chaotic Indian American-Idol-like competition.

Though Loins was his first film shot, his first cinematic release was the dry Hindi comedy Cheeni Kum (2007) in which he appeared as a bumbling English waiter who takes the brunt of the boss’s (Amitabh Bacchan) ire.