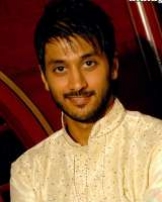 Chetan Kumar was born in Chicago, IL, USA and did his primary education at Marist High School. He studied South Asian Studies with an Emphasis on Comparative Theater Studies in BA and passed his graduation with distinction from Yale University, US in 2005. He received a Fulbright Scholarship to come to India in 2006.

In 2004, he studied South Indian Oral Traditions — Living (the) Kannada Nataka. As a research student, he documented the dialectics of caste, class, and gender in various village/folk and urban forms of South Indian drama through a self-proposed project on Indian theater.

Chetan has also been serving as Rural School Instructor, Mullur, Karnataka from September 2005. He has been voluntarily teaching critical thinking and analytical skills at Vinayaka Gnana Vidya Shale, a K-10 village school 25km away from Mysore, Karnataka.

He is also a Kannada Stage Performer. As theater artist, he has acted in two Kannada plays like 'Sethu Maadhavana Sallaapa' and 'Sooryasthadinda Sooryodayadavarage' with Bangalore-based theater group Vistara in May 2006 and August 2006.

His artistic activities that span over twenty years also include modern dance, mono acting, instrumental. Since his college days he has been a choreographer/instructor/stage dancer of Bhangra, actor in English and Kannada plays. He performs Indian classical music (Carnatic) and jazz on the saxophone.

After coming to India in September 2005, Chetan debuted as hero in Kannada films through director KM Chaitanya’s debut directorial venture Aa Dinagalu. It was a realistic film set in 1985-86 Bangalore. He got Udaya TV’s Best Debut Actor Award for his performance in it. Although his second movie Birugaali, which was released in February 2009, was not a commercially hit film, he got rave reviews from the critics for his performance. Showing his six-packs body, he even created a bunch of female fans following.

Currently, Chetan is busy publicizing for an action-based love story Suryakaanti, which features him alongside actress Regina. Directed by KM Chaitanya the movie is set in Uzbekistan, Uttaranchal, Belgaum, Goa, & Bengaluru. He has lots of expectations from the movie, which is releasing this month (December 2009).