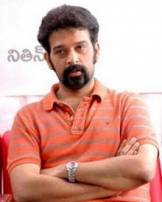 J.D Chakravarthy is a film actor of Tollywood films and has also director Bollywood films like Darwaza Bandh Rakho, Durga and the story of an innocent man in jail in Darna Zaroori Hai.

J.D. Chakravarthy, born in 1970 in a Telugu Brahmin family, is often called J.D. by close friends and known as Chakravarthi by the Telugu film audience, and marked his debut in Ram Gopal Verma's debut blockbuster Shiva (film) as a fellow student named J.D.

After that, he played a supporting role in a Malayalam film, Ennodishtam Koodamo, before devoting all his time to films under his mentor's, Ram Gopal Verma, direction and production. He starred in some Telugu films directed and/or produced by Ram Gopal Verma before Satya, his first Hindi film as a hero and his most prominent role to date, which blasted on screens on July 3rd, 1998.

Satya was critically acclaimed, though criticized for its gruesome depiction of violence. It was touted to be one of the most underrated films in Bollywood history and Ram Gopal Verma's truest and finest masterpiece to date.

After Satya, he did a few Telugu films including 'Kasi' and 'Maa Pelliki Randi', which flopped miserably at the box office. His latest film as an actor was Vaastu Shastra (film), a horror film with Sushmita Sen which did moderately well at the box office in Hindi and was dubbed in Telugu like most of Verma's Bollywood productions.

He also starred in his first Tamil film in 2002 in a supporting role of a Tamil Tiger fighter in Sri Lanka called Dhileepan, who fathers a little girl, in Mani Ratnam's award-winning masterpiece Kannathil Muthamittal. Director S. Shankar has selected Chakravarthy to play the villain role against Rajinikanth in Endhiran.

Chakravarthy got a new lease of life once he returned to Telugu film industry with Homam. His scintillating performance (dialogue delivery, acting and direction) in Homam boosted his market value with producers and with his growing number of fans.

Homam’s success brought him laurels as well as prestigious projects. JD, as he’s fondly known in the industry, had also bagged a role in director Vishnuvardhan’s Tamil film Sarvam, starring Arya and Trisha.

Apart from Durga, the Bollywood film that he produced, directed and starred in, all his other Hindi films have been produced and directed by Ram Gopal Verma.

It's a little known fact that J.D is not his surname. He became known as J.D Chakravarthy due to his debut role as 'J.D' in Shiva (1989).