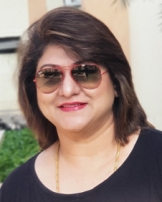 Malashri (sometimes credited as Malashree) is an Indian actress in the Kannada film industry, known for the dramatic  lead roles. She made her debut in the all time Kannada Hit "Najundi Kalyana" in 1989. Her portrayal of a haughty, shrewish woman in the movie won her many accolades heralding her as the top actress of Kannada Cinema. Her next few movies were all author backed with she playing the pivotal role. All these went on to become super hits. Movies like Gajapathi Garvabhanga, Policana Hendathi, Prathap, Kitturina Huli and Tavarumane Udugore made her a household name and Malashri went on to become the highest paid Kanndada actress ever.

Malashri excelled in homely as well as tomboyish roles. She was the only Kannada heroine who could pull in the women audiences in tear jerkers (Gruha Pravesha, Mangalya, Sindoora Tilaka, Belli Kalungura, Mana Mechida Sose) and with the same ease act in comedies like Readymade Ganda, Kanasina Rani, Malashri Mamashri and Halli Rambhe Belli Bombe. She also gained immense popularity through action flicks like SP Bhargavi, Rowdy Mattu MLA, Kollura Kaala, Marana Mrudanga (in which she acted opposite the late CM of Karnataka Ramakrishna Hegde).

Malashri shot to fame with Nanjundi Kalyana in 1989 but her personal life hit an all time low the same year when her mother died in a road accident. A few years down the line when she was at the pinnacle of her extremely successful career, ill fate revisted her life, when her close friend and co-star in several movies, Sunil, was killed in a tragic road accident. She was lucky to survive the accident. She had plans to get married to him.

'Olage Seridare Gundu' sung by Manjula Gururaj and picturised on Malashri in the movie Nanjundi Kalyana went on to become the most popular Kannada song in decades. With this, Malashri not just got associated with hit cinema, but hit numbers as well. She was launched by the Rajkumar camp opposite Raghavendra Rajkumar and went act in 2 other movies from Vajreshwari combines. Gajapathi Garvabhanga opposite Raghavendra Rajkumar again and Mrutyunjaya with Shivrajkumar. She took on the famous double role in Rani Maharani (immortalized earlier by Hema Malini in 'Seeta Aur Geeta' and Sridevi in 'Chaalbaaz'). With this film, she silenced her critics once and for all with a power house performance. But it was not until her next film Hridaya Haadithu that she openly won all praises from the masses, elite and critics alike. Her portrayal of a young girl inflicted with cancer and her simple desires in life won her the Filmfare Best actress award in the year 1991. As she churned hits after hits, she was soon raised to the pedestal of the reigning king of Kannada cinema Vishnuvardhan. Even Ravichandran who till then believed only in importing heroines from other industries, cashed in hugely on her popularity by casting her in Ramachari (a remake of Tamil Hit Chinna Thambi). This enabled him to come out of the financial crisis. He was facing due to the debacle of Shanthi Kranthi during that time. However as the mid-90s approached she started acting in mediocre movies like Prema Sangama, Snehada Kadalalli, Megha Mandara, Harishina Kumkuma, Solillada Saradara. Moreover she ceased to remain the slender and beautiful Malashree of before as she put on oodles of weight. Her only noteworthy roles in the new millennium were angry woman's roles in Chamundi and Durgi. She married producer Ramu and settled for marital bliss. Nevertheless, if someone lists down the names of the Top heroines that ever ruled Kannada Cinema, Malashri's name is bound to figure among the top.