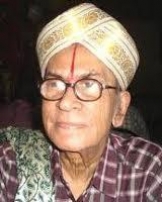 Biography:
Born to the couple Phanindra Swamy and Sesha Giriamma, in Kakinada, Andhra Pradesh, he has completed college with a Bachelor of Commerce degree.

He is fluent in eight languages (Telugu, Kannada, Tamil, Malayalam, Hindi, Urdu, English and Sanskrit) and has penned several ghazals in Telugu. Sreenivas sang duets and triplets with Geeta Dutt, Shamshad Begum and Jikki apart from leading a chorus song. He was introduced in Kannada, Tamil, and Telugu simultaneously in the movie Jathaka Phala (Jathakam) by R. Nagendra Rao.

His first solo hit came in the movie Prema Pasam in which he also sang a duet with P. Susheela. Later he sung for the Kannada legend Raj Kumar for a long time and the association was highly appreciated by critics, fans and the industry. In the tamil industry, he has sung the maximum number of songs for Gemini Ganesan.He has sung for other actors as well but incidentally, he has sung very few songs for m.g. ramachandran and sivaji ganesan.

In Pava Mannippu, Sreenivas sang Kalangalil Aval Vasantham written by Kannadasan and set to the tune by the music duo Viswanathan - Ramamurthy. The film Adutha Veettuppen of Anjali Pictures carried some of his songs. Sreenivas has also sung with P.Susheela, S. Janaki, Banumathi, and Lata Mangeshkar for the movie Main Bhi Ladki Hoon and some North Indian Singers.

His "home away from home" was the Woodlands Drive-In restaurant in Chennai frequently wrote.

He has headed many music related organizations such as being the president of Iyal Isai Nataka Mandram.