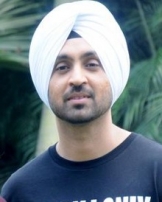 Diljit Dosanjh was born in a Sikh Dosanjh family in Dosanjh Kalan village near Jalandhar district in Punjab, India. His father, Balbir Singh Dosanjh, is an employee of Punjab Roadways, and his mother, Sukhwinder Kaur, is a housewife. He has two siblings, one sister and one brother.

He spent his early childhood in Dosanjh Kalan and then moved to Ludhiana, Punjab from where he completed his formal education, including his high school diploma from Al manar Public School. While still in school, he began singing Sikh music at local gurdwaras.