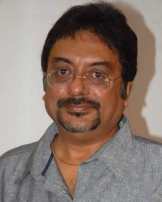 Pratap K Pothan, popularly known by his first name Prathap, is an Indian actor, director, writer and producer who has acted in more than 100 films in 5 languages. He has acted in Malayalam, Tamil, Kannada, Telugu, as well as Hindi films.

Pratap acted with The Madras Players. The late director Bharathan enjoyed Pratap's performance in Shaw's play 'Androcles and the Lion', and invited Pratap to act in his Malayalam film 'Aaravam'.

"Luck was definitely on my side. I won a Filmfare Award for the first film I starred in and projects and offers kept coming my way from there."

He has acted in many movies along with the top heroines. His family has a huge estate in Kerala and is very famous. He belongs to the elite Madras Players and has staged shows there.

Pratap made three more films – 'Thakara', 'Chaamaram' and 'Lorry'. Chaamaram dealt with the tumultuous affair between a student and his college lecturer. These are milestones in Malayalam film history.

His subtlety as an actor and a director has been his forte. In an era when loud acting and innovations were not in vogue, Prathap teamed up with Kamalhassan in Vetri Vizha. It was the first time that steady cam was used in a Tamil film.

Pratap directed three films in Malayalam - 'Rithubetham', which tells the agony of a 'bastard', 'Daisy', which sent a romantic wave throughout Kerala, and 'Oru Yatra Mozhi', which presented a son in search of his unknown father.

He also directed a Telugu film 'Chaithanya'.The last Tamil film he directed was Lucky Man in Tamil and Yaathramozhy in Malayalam with Mohanlal.

In Tamil he has made super hits like Seevalaberi Pandi, Jeeva and Vetrivizha, Lucky Man, etc. A man of high potential, he has directed nearly 30 films.

For a couple of years he had been fighting personal battles. After the death of his brother (Hari Pothen, a producer) he became entangled in property disputes, faced death threats and fought an illness.

He has said he came back from his deathbed. He travelled around the globe. He lived with a nephew in Europe and had attributed the Internet for opening new things up to him.

A very articulate person, he is proficient in English and other languages. An aristocrat, he belongs to the cream of society. Now he hardly appears on the scene probably waiting for an opportune moment to stage a come back.

But he got to a point where he found everything about the film industry a little too fast. After a while things just became too chaotic for him and over a period of time making movies he realised that he just wasn’t enjoying it anymore.

So he stopped. So now that his youth and crazy days are behind him, Prathap Pothan is spending time enjoying music, books, cinema, good food and conversation with friends in-between his ongoing projects.

Society seems to always be in a hurry to label everyone. When remarkable people show many different skills and traits and many layers of substance and imperfection the common man is overwhelmed by it all and coins terms such as ‘eccentric’. Many of his young fans and followers said, "If Prathap Pothan is an eccentric then I want to grow up to be just like him!"