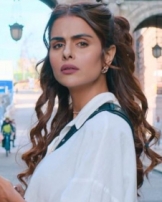 Priyanka Chahar Choudhary is a popular actor and model who mainly works in the Bollywood film industry. She came to the film industry as a Television actress in the TV serial 'Gathbandhan'.

Priyanka Chahar Choudhary was born as Pari  Choudhary in Jaipur in 1996. After completing her school education from Navi Mumbai High  School and later she earned a Bachelor's degree from the University of Delhi.

Before becoming an actress, she appeared in many Hindi television serials. Later, she made her debut as a model in a music video. Apart from acting television industry, she appeared in supporting roles in several films such as Pending Love, Lateef to Laden, and Kandy Twist. In 2022, the actress was selected as a contestant in the reality show named Big Boss season 16.