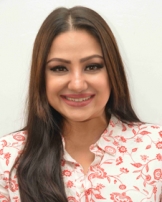 Priyanka Upendra (born Priyanka Trivedi, Hindi : प्रियांका त्रिवेदि, Kannada: ಪ್ರಿಯಾಂಕ ತ್ರಿವೇದಿ) is an Indian actress who has acted in Kannada, Tamil and some Telugu and Bengali films. She is widely popular in Kollywood and is regarded as one of the top actors in the field.

Priyanka Trivedi is married to the famous Kannada cinema director, actor and script writer Upendra. The couple have a son Ayush born in 2007 and a daughter Aishwarya born in November 2008.