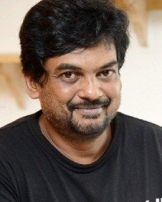 Puri Jagannadh is a Tollywood film director and producer. His brother, Sairam, is also a hero in Tollywood. He is easily one of the most sought-after filmmakers in the Telugu movie industry, especially after the stupendous hit Pokiri. Filmfare Awards in 2007 and CineMAA Awards in 2016 recognised his accomplishments.

Later on, he floated his own film production house, Vaishno Academy. His production house went on to produce hit films such as Idiot, Amma Nanna O Tamila Ammayi, Shivamani, and Pokiri, which went on to become the biggest hit of the Telugu film industry.

His next film was Chiruta, with Ram Charan Teja and Neha Sharma in the lead roles. The film was Ram Charan's debut venture. He is the son of Tollywood megastar Chiranjeevi, though Chiranjeevi has never made a film with Puri Jagannadh. Jagannadh directed Ram Charan Teja's first film, Chiruta, and C. Ashwini Dutt produced the film under Vyjayanthi Movies.

All his movies start with a pep talk and end as blockbusters. Pokiri was his first movie, which had a silver jubilee run at the box office. Pokiri even completed a 562-day run in Kurnool. Mahesh started Pokiri, the only film in 75 years of the Telugu industry to be screened for more than 500 days.

His next film with Prabhas, titled Bujjigadu: Made in Chennai, was released on May 23rd, 2008, and the film was said to be Prabhas' best performance, but the film's result was satisfactory, and it was a super hit.

Puri's most recent film, Neninthe, with Ravi Teja, was released on December 18, 2008, and the film took okay openings but later became a damp squib at the box office, and the film was declared just average in Puri's career after delivering a hat-trick with Raviteja.

Puri Jagannadh was one of the most famous and influential directors in the 2000s, and he is continuing the same track record. Puri usually uses fighter masters such as Vijayan, Allan Amin, and Vijay. Vijayan also famously works for Puri's films. He composed the fights for Pokiri, Desamuduru, Chiruta, and Bujjigadu.