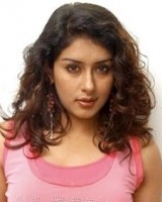 Samiksha Singh is an Telugu and Tamil actress. Her first film 143 in Telugu was an average grosser. Her first film in Tamil, Arinthum Ariyamalum was a great hit in Tamil where she starred opposite Navdeep and Arya. Her next release Mercury Pookal opposite Srikanth and Meera Jasmine did well at the box-office. Her next film was with Shaam named Manathodu Mazhaikalam.

She did a Hindi movie called Mr Hot Mr Kool. She also acted in Thirumagan with Meera Jasmine and S.J. Suryah. She also was a part of the show "Zaara Pyaar Ki Saugat" which was aired on the channel, Sahara One.