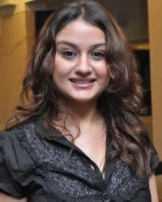 Sonia Agarwal is an Indian film actress and model. Having predominantly acted in Tamil films, she is probably best known for her performances as Divya and Anitha in the Selvaraghavan-directed films Kaadhal Kondein and 7G Rainbow Colony, respectively.

Career
During her school days, Sonia Agarwal got an offer to act in a serial in Zee TV. She then made her film debut with the 2002 Telugu film Nee Premakai, in which she did a small cameo role, after which she acted in a Kannada film Chandu opposite Sudeep.

Subsequently, she stepped into the Tamil film industry, appearing in the drama film Kaadhal Kondein, directed by Selvaraghavan, whom she would marry later. Acting opposite Selvaraghavan's brother Dhanush, the film became a huge success and she was widely appreciated for her performance as Divya in the film, which brought her to limelight and fetched her several awards, including the ITFA Best New Actress Award.

Afterwards, she acted alongside popular actors Silambarasan and Vijay in the films Kovil and Madhurey, respectively. In 2004, the controversial Tamil drama film 7G Rainbow Colony, directed by Selvaraghavan again, got released, which went on to become successful at the box office.
After appearing in the films Oru Kalluriyin Kathai and Oru Naal Oru Kanavu in 2005, both which failed to perform well at the box office, she got roles in the films Thiruttu Payale and Pudhupettai. The former, directed by Susi Ganesan, became a highly successful film, whilst the latter, another Selvaraghavan film, did only a moderate success, but received universal critical acclaim by reviewers.

Pudhupettai, released more than three years ago, remains her most recent film as she later got married, and her Karu Pazhaniappan-directed film Sadhurangam, opposite Srikanth once again, got delayed and still waiting for its theatrical release. However, after having filed for divorce, she is said to make a comeback now, acting in a Telugu film by Upendra, in which she will enact the role of a widow.

Personal life
On 15 December 2006, she married Tamil film director and brother of Dhanush, Selvaraghavan in Chennai, with whom she had already worked in three films.

After their two year long marriage Sonia Agarwal and Selvaraghavan had filed their Divorce with mutual consent in a family court in Chennai.