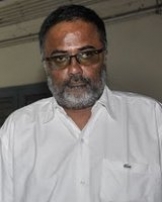 P.C. Sreeram has been a mentor of some of the top cinematographer's in the Indian film industry, some of whom include Jeeva, K. V. Anand, Tirru, M.S.Prabhu, Ramji, Arjun Jena, Fowzia, and Andrew. Sreeram stepped into direction in 1992, directing his first feature film Meera with actor Vikram in lead role.

He is considered to be one of greatest Indian cinematographers.