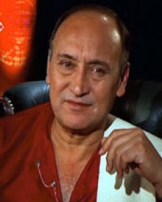 Victor Bannerjee is an Indian actor of Bengali descent, working in Hindi, Bengali and English language films. He has also appeared in a number of TV Series on Indian television. He has worked for prominent directors like Jerry London, Shyam Benegal, Satyajit Ray, Roman Polanski, James Ivory and David Lean.

Bannerjee is a descendant of Womesh Chandra Bonnerjee, a leading intellectual, and a prominent man of his time and the first president of the Indian National Congress (1885).

He did his schooling from St. Edmund's, Shillong, and graduated in English Literature from St. Xavier's College, Calcutta.

In 1984, he acted as Dr. Aziz Ahmed in David Lean's adaptation of the book A Passage to India, bringing him to the attention of the western audiences. Victor was nominated for the BAFTA award for this role in 1986. He won two other awards for this role: Evening Standard British Film Award and NBR Award (National Board Review, USA)

Though in recent years he has largely been involved with Bollywood, he is also affiliated with the Bengali film industry. He also plays 'character actor' roles from time to time in British cinema. He was also cast in the role of Jesus by director Stephen Pimlott in the 1988 production of the York Mystery Plays.

When not in Calcutta, he is to be found in the hill station of Landour in the Lower Western Himalaya in northern India. His wife's name is Maya Banerjee.

He has dabbled from time to time in human rights and labour issues. He helped form the Screen Extras Union of India and campaigned for the rights of Garhwali farmers.

He has also dabbled in Indian politics, and was once a parliamentary candidate for the Bharatiya Janata Party (BJP) from West Bengal.