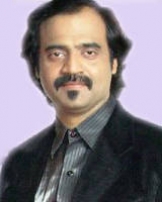 Yugi Sethu is a Tamil actor and screenwriter. He is an associate of film director K. S. Ravikumar and Kamal Haasan. He has appeared in a few films in supporting roles and has contributed to films as a screenwriter.