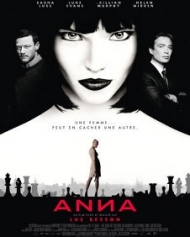 Anna is an action thriller movie produced and directed by Luc Besson. Starring Sasha Luss in the titular character, this film is distributed by Summit Entertainment.  Besides Sasha, Luke Evans, Cillian Murphy, Helen Mirren makes the prominent cast of the film.

Anna, a charming lady at outer also holds a secret that unleashes her incredible strength and skill to become one of the most feared assassins.