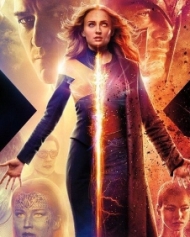 When a space mission goes wrong, Jean Grey loses her abilities and unleashes the Phoenix. Now, the rest of the X-men must face the full power of Phoenix. This film's events occur nearly around 1992 after a decade of the X-men Apocalypse episode.