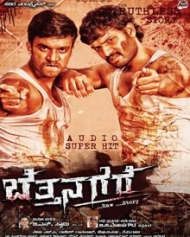 Bettanagere movie is a crime thriller written and directed by Mohan Gowda B. G It is a fictional expose of the underworld cousin goons Bethanagere Seena and Shankara who are based in the North Bangalore region called Bethanagere.

The film is produced by B. N. Swamy and the music is composed by Rajesh Ramanath. In which, Sumanth Shailendra and Akshay as the goon brothers along with former cricketer Vinod Kambli in a special supporting role.

Bettanagere is the story of a place called 'Bettanagere' situated in Nelmangala village of Bangalore North The movie about underworld depicts two important characters Shiva aka Seena and Shekara.