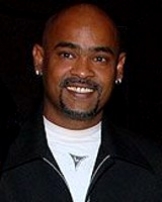 Kambli was born in Mumbai. He rose to prominence, when he shared an unbroken partnership of 664 in a school match with Sachin Tendulkar. Kambli contributed 349* before their coach Acharekar forced the pair to declare. Kambli, who started his Ranji trophy career with a six off the first ball he faced, soon followed Sachin in to the Indian team. Kambli had a exciting start to his test career making two double-centuries and two centuries in just seven tests. However, he lost his touch midway through his career and was subsequently dropped from the team. His technical insecurity against fast short-pitched bowling, and disciplinary problems, militated against his selection. He played in his last Test match aged just 24.

Kambli, nevertheless, was able to make frequent comebacks into the one-day squad, but could not cement his place in the team. He played his last ODI in 2000.