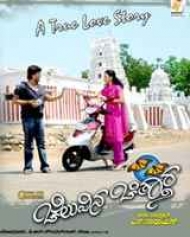 Maadesha works as a mechanic in a garage. He is liked by an innocent school-going girl who is the daughter of a local don. Maadesha is deeply in love with her and they decide to marry. They elope.

Later the gang members of the don are in search of the couple. The lovers are lured by the bride's uncle, and they are taken back to the don. The enraged don beats...