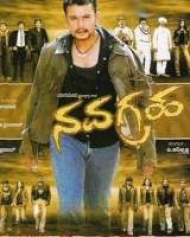 Darshan appears in negative role along with 8 other actors representing 9 planets with negative shade they all including Darshan, who are the sons of former great villains of Kannada screen they takes up a contract to steal the golden howdah of the Mysore palace.