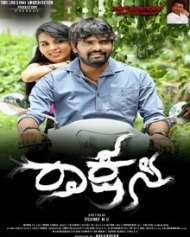 Navarasan is an upcoming violinist in Bangalore who stumbles upon an accident where a teenage girl (Sindhu Lokanath) is lying in a pool of blood. He rushes her to the hospital with the help of an auto driver and a couple. However, he is too late and the girl passes away holding his hand.

Traumatized by the whole episode, Navarasan comes home with one of her slippers. He then drives around...