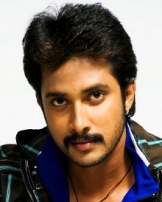 Prem Kumar started his film career in 2004 with the movie Prana. After one year in 2005, he got a chance again to portray the main role in Nenapirali opposite Vidya Venkatesh and Varsha in lead roles. This movie is a mature love story about love and friendship. The movie was directed by Rathnaja, produced by Ajay R Gowda, and music was composed by the great legend Hamsalekha.

Nenapirali became a biggest hit of Prem's career. The film was a success, exceeding the expectations at the box office. He later acted in Manvanthara serial directed by T.N. Seetaram and has quite a number of movies to his credit.