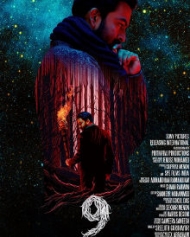 Sci - Fi
Release Date : 07 Feb 2019
Cast : Prithviraj Sukumaran, Wamiqa Gabbi
Director : Janoos Muhammed
Synopsis
Nine is a Malayalam sci-fi movie, written and directed by Janoos Muhammed. The movie stars Prithviraj Sukumaran, Wamiqa Gabbi, Mamta Mohandas, etc. in lead roles. In Nine, Prithviraj will be seen in the role of an ISRO scientist. 9 is also the debut production venture of Prithviraj Productions. The much-awaited film also marks the big entry of Sony Pictures to the Malayalam film industry. The core plot of 9 revolves around a global event spanning nine days, which would leave the Earth devoid of electricity, and all power and communication facilities. Albert is an astrophysicist and is assigned a task, which requires him to travel to the foothills of Himalayas.