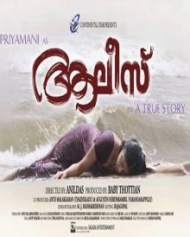 Alice A True Story is a dramatic film, in which popular south indian actress Priyamani plays the lead role.

Alice A True Story shows the life of an orphan girl Alice(Priyamani), who is brought up in an orphanage conducted by christian missionaries. she is highly talented, her main hobby is painting hidden images. Mean while no one cared about her painting and consider them as an unsual one.

Once a young architect who does research work on hidden paintings came to know about Alice work, who got inspired by seeing all her marvellous work and later he revealed out her painting to the world, Mean while both of them fall in love too.Once upon a time the young architect realizes that the hidden images in Alice's paintings portray...