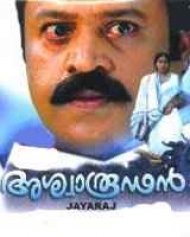 Veerabhadran is a chip of the old block. Always dressed in white and wearing a ring and a locket that resemble the rays of the sun, he is the protector of the oppressed and the refuge of the helpless.