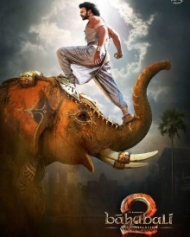 Baahubali: The Beginning was a massive hit at the Indian box-office with an overall collection of 650 Cr. Most of the Indian audiences are waiting for the second part, for knowing why Kattappa killed Baahubali.

M. M. Keeravani composed the music and background for the film. Overall, the movie has 5 songs.