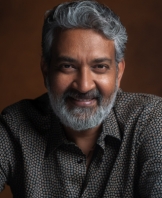 S.S. Rajamouli is one of the most prominent producers, screenwriters, and filmmakers in Tollywood cinema. He is renowned for his adventure, fantasy, and epic genre movies. Each of the three movies was the most expensive Indian movie ever at the period of its launch.

He has received numerous awards on a national and international level, notably five Nandi Awards, four Filmfare Awards South, two Saturn Awards, and three National Film Awards. He received the Padma Shri award from the Indian government in 2016 in recognition of his services to the cultural industries.

Rajamouli was born in Raichur, Karnataka, on October 10, 1973, to Raja Nandini and famed Tollywood storyteller Vijayendra Prasad. But Kovvur is where he was born. Additionally, both his father and brother work in the cinema sector. He began as an assistant to Editor Kotagiri Venkateswara Rao.

At C.R. Reddy College of Engineering in Eluru, he earned his engineering degree. He married Rama Rajamouli in 2001, and the couple has two kids, S. S. Karthikeya and S. S. Mayookha.

Rajamouli came as K. Raghavendra Rao's assistant and worked on the television series Santi Nivasam. Vara Mullapudi and Yeleti Chandrasekhar, two of his seniors, used to receive more attention than he did. Consequently, he put in more effort, earning the moniker "working devil" from K. Raghavendra Rao.

Rajamouli's Baahubali: The Conclusion set a record collection of ₹5 billion before the release of the film through satellite and theatrical rights, and the movie was released worldwide on April 28th, 2017 in theaters.

Rajamouli has garnered several awards, including two National Film Awards, three Filmfare Awards, three state Nandi Awards, the IIFA Award, and the Star World India "Entertainer of the Year" in 2012. In 2016, he was honoured with the Padma Shri, India's fourth-highest civilian honor, for his contributions to the field of art.