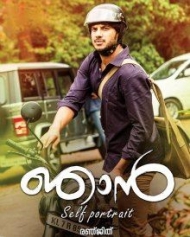 Njaan is a dramatic movie directed by Ranjith after Kadal Kadannoru Mathukkutty. In Njaan Dulquer Salman and Jyothi Krishna plays the lead role along with Saiju Kurup, Suresh Krishna and Muthumani.

Njaan is purely based on acclaimed novel K T N Kottur Ezhuthum Jeevithavum by T. P. Rajeevan, which is based on India's freedom struggle and showcase the magical history of kerala. In 2009 Ranjith have made Paleri Manikyam Oru Pathira Kolapathakathinte Kadha which was also inspired from Rajeevan's novel, which bagged various National and State awards.

It is for the first time ace director Ranjith joing hand with Dulquer Salman for a movie. In a recent interview Dulquer said character in Njaan is the most challenging one for him.

Njaan is produced by the director Ranjith himself under the banner of Gold Coin Motion Pictures. The music for the movie is handled by Biji Bal whereas lyrics were penned by Rafeeq Ahamed.

Movie is set to release on September 19th.