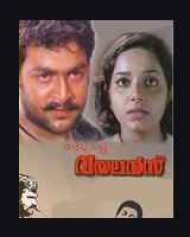 Action Drama
Release Date : 25 Oct 2002
Cast : Prithviraj Sukumaran, Chandra Laxman
Director : A K Sajan
Synopsis
Stop Violence movie tells Stephen (Vijayaraghavan) who is the circle inspector in charge of the anti-goonda squad but he himself is the head of a gang whose members are Acid (Saji Soman) and Saathan ( Prithviraj). Sathan is a murderer and a rapist and a mercenary who is willing to do any crime for money.

He meets a girl Angelina whom he rapes and later she becomes pregnant. Angelina who was going to be a nun is thus expelled from church and later Sathan starts having a soft corner for her.

He decides to turn a new life but Stephen does not agree to his idea. And when Stephen is suspended from the department his anger towards Sathan increases. This leads to a bloody climax on a railway track.