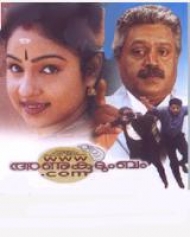 Drama
Release Date : Mar 2002
Cast : Suresh Gopi, Master Aswin Thampy
Director : O S Gireesh
Synopsis
www.anukudumbam.com movie is about Joji (Master Ashwin Thampy) who is an orphan, escapes from the orphanage in which he is lodged and joins a group of thieves, consisting of a husband and wife (Cochin Haneefa and Kalpana) and their four sons. He leaves them too and then joins another group, the ‘Puncture Brothers’, who first deflate tyres by placing nails on the roads and then offer to repair them. In the meantime, Joji happens to save a little girl, the daughter of a rich man, from drowning. And it is at this point that the story takes a twist and we are told that Joji’s real name is Sachin and that he is not an orphan.