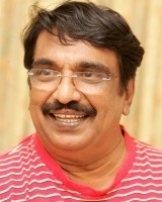 He has done more than 300 films in Malayalam, Tamil and Hindi. As a filmmaker, he was critically acclaimed for the melodrama Vatsalyam (1993). Haneefa died in Chennai on 2 February 2010, after being diagnosed with chronic liver cancer.

He was a comic member of the famed "Cochin Kalabhavan Troupe" whose members include Bindhu Panicker, Jayaram, Kalabhavan Mani and Harisree Asokan. He made his film debut in 1979 in a small role in "Ashtavakran" and went on to act in over 300 films in Malayalam. He has also acted in over 80 Tamil films - the...
Read more
Upcoming Movies
View More
Filimography
Celeb News
Cochin Haneefa Comments
Malayalam Movies Box Office Collection Updates