Sandeepa Dhar who made her Bollywood debut with Isi Life Mein..! in 2010, a decade later has made a name for herself on the big screen as well as the digital space. The actress recently wrapped up shooting of Vikram Bhatt's Dirty Games, and is already gearing up for a hush-hush project with Netflix. Dhar recently in an exclusive interview with Filmibeat, opened up about her busy schedule during the pandemic and her upcoming projects.

Sandeepa, who is an avid social media user, caught fans' attention when she shared a glimpse of her next project's script. When asked what she is prepping for next, Dhar said, "I am not allowed to disclose much about the new project with Netflix yet. The story is based in Uttar Pradesh, Lucknow and stars an amazing set of actors so I am really excited. This will be my debut project with Netflix and I will begin shooting in two days. It is always nerve-wracking to start something new because you don't know how it will go. But I am looking forward to it. It is a very interesting story and I get to play a part which is completely different from anything that I have done before."

While she didn't reveal much about the project, Dhar assured fans that she will share some snippets, as she said, "I am sure I will figure out a way to show you some stuff from the sets."

The Mum Bhai actress returned to sets back in July 2020 and has been working non-stop. Talking about her hectic schedule amid the pandemic she said, the pandemic has been "the most busiest year of my life". "Initially, when I stepped out of the home in July to start shooting for Mum Bhai it was scary. The pandemic was pretty much at its peak then but you get used to it. I have gotten tested for like 10,000 times by now. You have to keep getting tested so we know everyone is safe," she added.

"I know for a lot of people this pandemic has not been that great but it has been an amazing year for me. I have done so much work in the past months. Even when I was at home, I have been doing so much on Instagram and other social media platforms. So it's been a very productive year for me."

Apart from the Netflix show, Sandeepa will also be seen in an upcoming release titled Dirty Games, which will star Sandeepa in a lead role. The show is written by Vikram Bhatt and will mark his return to direction. Talking about working on the project, she revealed it was "very intense 50 days of work."

Sandeepa Opens Up About Her Passion For Dance

"It is one of the toughest characters and the most daunting show that I have done because I am also leading it. I can't hide behind anyone and it's all me. It was a very different space for me, though I have always loved playing strong women and Kiana is a strong character, but yet she is very different. It was one of the challenges. I am looking forward to seeing it. I haven't seen it yet, we just wrapped up a few days ago and the show is currently in post-production," Sandeepa shared with us.

From playing a simple small-town girl to playing a strong-willed psychiatrist, Sandeepa is known for taking on different roles. Talking about the ideal roles she wants to play, she revealed, "I like to play women who are realistic, who have flaws. I believe every individual has a good side and a bad side. I also aim at being a part of stories that are far more real and can relate to. I stay away from roles that are just used for a pretty face or a glamour quotient. I need to contribute to the story and drive it forward, in whatever way possible."

Apart from acting, she is passionate about dance and has been part of several international musicals. When asked if she is looking for a dance-based script, she said, "Dance is one of my biggest passion. I do international musicals all the time so, I feel like I need to do something that the Indian audience hasn't seen. I need to bring something to the table that people in India haven't seen yet."

Since her debut in 2010, the entertainment industry has changed focus from stars to content. We asked Sandeepa if she would have preferred to make her debut in today's time, and she replied saying, "Everything that happens in your life is meant to teach you something. If you see a failure, you are supposed to learn something from it. My debut happened when it was meant to happen and I can't predict if something different were to happen now. But that experience made me into a person that I am now, so I am happy with the journey as an individual and an artiste. So I wouldn't trade that for anything."

She also revealed that there are many talented actors that she would want to work with like Rajkummar Rao, Vicky Kaushal, Pratik Gandhi, especially her Kaagaz co-star Pankaj Tripathi. Sandeepa performed a dance number in the film but she added, "I want to do like an acting gig with Pankaj Tripathi, and I hope that happens soon."

Sandeepa Dhar in mere months, took over the OTT platform. When asked about her future plans, she said her "basic goal in life is growth. People need to be able to say I did better in Mum Bhai, than in Abhay. Now that I have done Dirty Games I want to be able to say that it was better than Mum Bhai."

"I need to grow as an actor and as an individual, nothing else really matters. You have no control over the commercial success and failure as an individual. Personal growth is what I am aiming at," Sandeepa Dhar concluded. 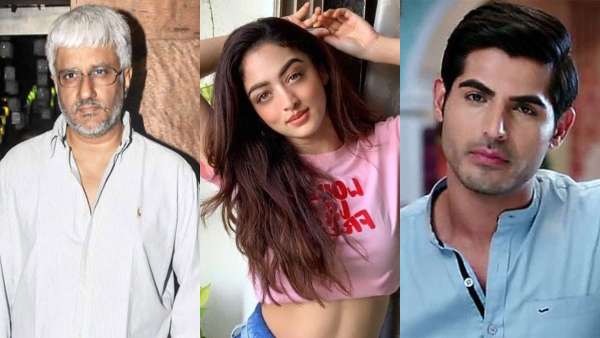