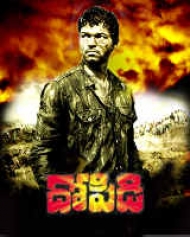 He lives near Cooum in an old house attached to his old factory and with his father's three old wives including his mother and sisters! His father Manivannan a quarry worker in Cuddappa has captivated under baddies like Suman, Ashish Vidyarti & Co.

one of his father's creditors tries to vacate Vijay and his family. To settle his amount, Vijay flies to Malaysia with a dishonoured cheque given by his father's debtor, and traced out him, who is none other than Suman.

After a fierce fight with him, Vijay takes away a rare diamond of Suman and also steals his sister's (Trisha) heart and...