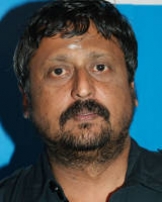 He first directed the film Edhirum Pudhirum, loosely based on forest brigand Veerappan and his younger brother's death, starring Mammootty. Financial constraints and political controversies ensured its delayed release in 1999. But it received critical acclaim and was awarded second place in the Tamil Nadu State Film Award for Best Film.

The film's producer Purna Chandra Rao made Dharani the director of his next production, starring Vikram, in Dhill. The film was a box-office success and his next film Dhool, produced by A. M. Rathnam in 2003, again with Vikram along with Jyothika Saravanan, turned out to be a blockbuster. He worked with A. M. Rathnam again for the film Ghilli, starring Joseph Vijay, which was again a blockbuster.

His film Kuruvi, which released in 2008, starred Joseph Vijay and Trisha Krishnan in the lead. Unlike the previous success in Ghilli, Kuruvi received mixed reviews despite its large opening in many theatres worldwide.