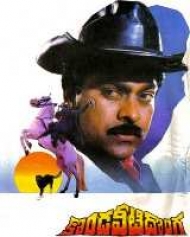 Kondaveeti Donga is a romantic action entertainer movie directed by A. Kodandarami Reddy and produced by Trikrama Rao T under Sri Vijaya Lakshmi Arts banner while Ilayaraja scored music for this movie