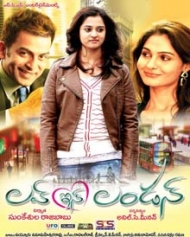 ‘Love In London’ narrates the importance of relationships, and shows how love and empathy prevails against ambition and dreams.

Prithviraj is a successful businessman, who is settled in London. He is a money lender, who lends huge amounts to big companies. Prithviraj believes that he has rose to great heights with the help of his self-confidence and his brains.

His philosophy says that there is nothing greater in this world other than money. He thinks everything in money's...