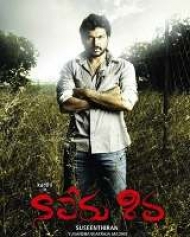 U/A | Action Romance
Release Date : 05 Aug 2011
Cast : Karthi, Kajal Aggarwal
Director : Suseenthiran
Synopsis
Naa Peru Shiva is a dubbed version of Tamil movie Naan Mahaan Alla.It is a action thriller movie in which, The film revolves around Shiva (Karthi), a free wheeling guy with no worries in life. His family members and friends keep him invigorated over the times.

Shiva comes across the gorgeous Priya (Kajal Aggarwal) and falls in love at first sight and indeed impresses her. When everything is set to go on paths of happiness, Shiva's life is turned upside down when his father Jayaprakash is stabbed to death by group of strangers.

What follows next is Karthi's mission of trapping the goons, who were responsible not alone for his father's death, but are serial killers.