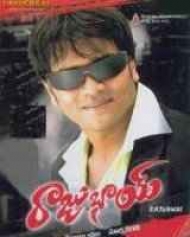 U/A | Action Romance
Release Date : 18 May 2007
Cast : Manchu Manoj Kumar, Sheela
Director : Soorya Kiran
Synopsis
Raju Bhai is a Love story based Movie which is Directed By Surya Kiran.Raju Bhai (Manoj) is a goonda in Babaji's gang. Anjali falls in love with Raju. Anjali's father, Tanikella, commits suicide in suspicious manner. Raju leaves his rowdism and starts living honestly by selling dolls in the streets. He is misunderstood in a brothel scandal by Anjali who starts to hate him. This reminds us the scene in Seshu where Raja Shekar is seen in a brothel home by the heroine. Raju once again becomes Raju Bhai (rowdy) and how he wins his love is the rest of story.