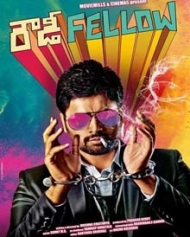 A rich guy Rana Pratap (Nara Rohit), who comes from USA to meet his relative in India and He have an ego problem, for which he will do every thing to satisfy his ego. In the same time he meets Police cop Ahuti Prasad in a rally where the police cop insults Rana.

Now Rana wants to take revenge on him and joins the Police department to satisfy his ego but after posting to a corrupted area in Ellur where a land mafia leader Durga Prasad is king maker in the town.

Rest of the story deals with how Rana put an end to Durga Prasad and his land mafia.