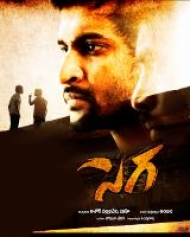 A | Action Romance
Release Date : 29 Jul 2011
Cast : Nani, Nithya Menen
Director : Anjana
Synopsis
Sega is a dubbed version of tamil movie Veppam and It is a violent film that explains the way of peoples living in the slum. Ashok Vallabhaneni is producing this film and Anjana Alikhan who worked earlier as Assistant Director with Gautham Vasudev Menon is now debuting as director.

Naani is playing the lead role in the film. The film is being made with story based on Chennai Municipal Area like Bollywood 'Slumdog Millionaire'. Nani role would be Slumdog.