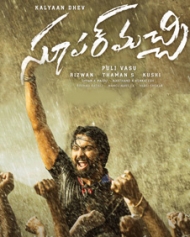 Super Machi is a romantic entertainer film written and directed By Puli Vasu. The movie casts Kalyaan Dhev and Rachita Ram are in the lead roles. The music was composed by Thaman S while cinematography is done by Shyam K. Naidu and is edited by Marthand K. Venkatesh. The film is produced by The film is jointly produced by Rizwan under Rizwan Entertainment.
Story
Raju (Kalyan Dev) is a young man who sings songs in a bar while hanging out with friends without any responsibility. Meenakshi (Rachita Ram) is a software engineer at Infosys. But Meenakshi is madly in love but Raju refuses to love her. In this circumference, Raju puts a condition to Meenakshi that if you spend one night with me, I will accept your love and will marry you.
Why did Meenakshi behind an uneducated Raju? Why did the Raju refuse Meenakshi's love? Who is the man, she loves without seeing before rather than loving Raju? Why did Meenakshi abandon the young man she loved more than life without caring? Meenakshi sacrifices his love and agrees to marry Raju for the last wish of his father (Rajendra Prasad) What was Meenakshi's father's last wish? What is the end of such three-dimensional love? The answer to these questions is the story of the movie Super Machi.
Release Date
Super Machi movie released in theaters on Jan 14, 2022.