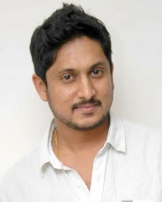 Ajay Rao is an Indian actor who predominantly performs in Kannada movies. He is regarded as one of the best-gifted Kannada film actors, and he is also known by the nickname "Sandalwood Krishna." Excuse Me, his first movie, was released in 2003. Taj Mahal, in 2008, and Krishnan Love Story, in 2010, gave him his big break.

Ajay was born on January 24, 1980, into a traditional family in Hospet, Karnataka. He married his devoted girlfriend Sapna on December 18, 2014. Four years later, they give birth to a daughter named Cherishma.

In the film Excuse Me, directed by Prem, Ajay landed a role and started his path as the main character. He played the role of a musician who was in love with a girl but was helpless to say her due to cultural perceptions. The movie was a huge hit, and Ajay's contribution was recognised. At Kapali, the largest venue in Karnataka, the movie was feted for 25 weeks. 2015's Krishna Leela was produced by Ajay Rao's own production company, Sri Krishna Arts and Creation.