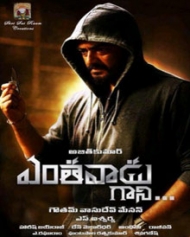 The movie story begins Anushka marriage proposal, after ascertaining that the guy and his parents run away, she completely disinterested then step on a plane from Boston to Chennai. On the plane, beside her is a handsome guy Ajith. They get to know each other. Anushka Impressed with him, she follows him around and finally she gets to know that Ajith is a Cop.  She goes to see him at a Coffee Shop the next day.

Here a gang of masked goons...