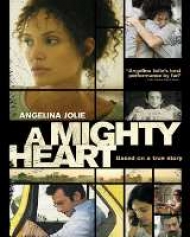 Pearl was kidnapped in Karachi by supporters of Omar Sheikh, who claimed responsibility (and was later captured and convicted but is appealing the ruling) for kidnapping and beheading Pearl in 2002. The movie also covers efforts by Department of Justice and the U.S. Department of State's Diplomatic Security Service (DSS) to track the kidnappers and bring them to justice.