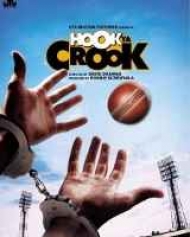 Comedy
Release Date : 2012
Cast : John Abraham, Kay Kay Menon
Director : David Dhawan
Synopsis
Hook Ya Crook is a thriller involving comedy and cricket. John Abraham is learning cricket under Dinesh (Raju) Lad who is also the coach for Rohit Sharma. John will be playing the fame with national level cricketers like Mahendra Singh Dhoni and a number of other star cricketers.

The film began filming in Mumbai and Hyderabad, India in January 2009. During the latter part of January 2009, John Abraham injured his leg badly while shooting for this movie. John had to slide down a 20 feet pole but when he started doing so, he could not manage it rightly, and he landed directly on his leg.